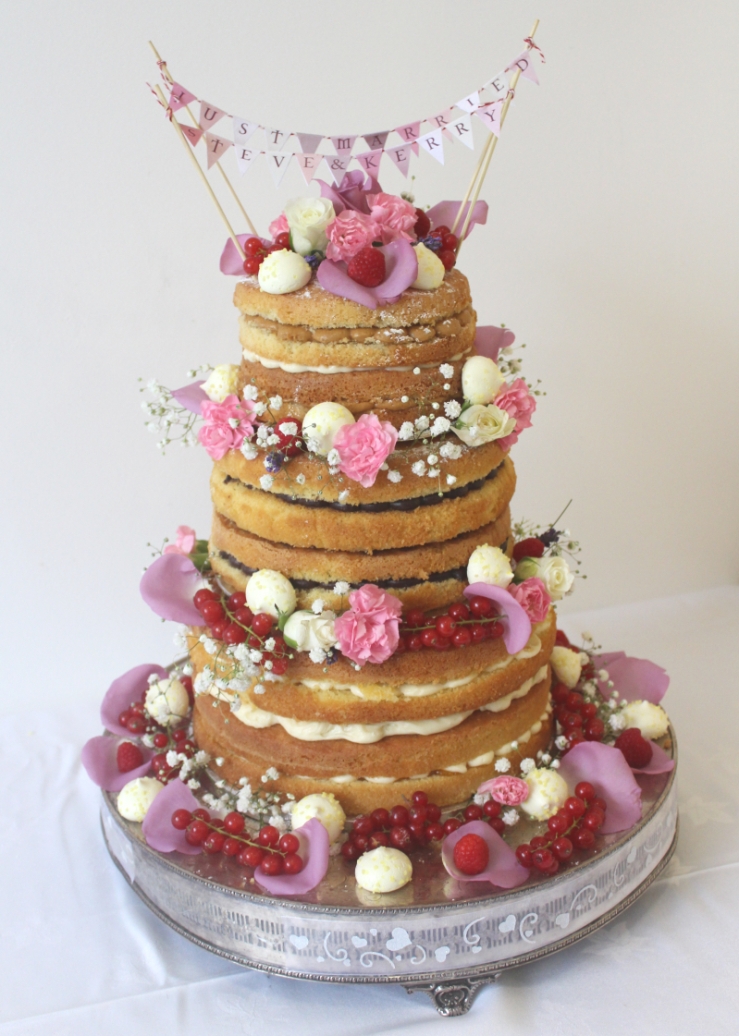 This was the first wedding cake I’ve ever made. I’m pretty pleased with it and it drew quite a number of really nice comments. The cake was made for the wedding of some close friends.

I pre-assembled most of the cake before we left and packed it up into four separate boxes. As all four of us were also attending the wedding (my husband was best man) I had a stress-inducing drive down the motorway and into to London with the car parked to the ceiling, expecting to find a smashed mess of crumbs and buttercream. It survived. Phew.

I’m not going to detail the recipe here – I used one from Good Housekeeping, as the tin sizes/volume matched perfectly. You can access that recipe here. I also cheated and bought-in buttercream, but I will explain how much I used in case you need to know this in order to buy the correct amount.

As the cake needed to be covered in fruit and flowers, I wondered what to put on the top of the cake – it seemed wrong not to have something. Traditional wedding cakes all have something, even if it’s just the slightly clichéd bride and groom figurines. I saw a few cakes with some banners or names of the bride and groom poked into the top of the cake. I didn’t like any of these but this gave me an idea, coupled with the slightly vintage-y theme to the wedding and I created some mini bunting. 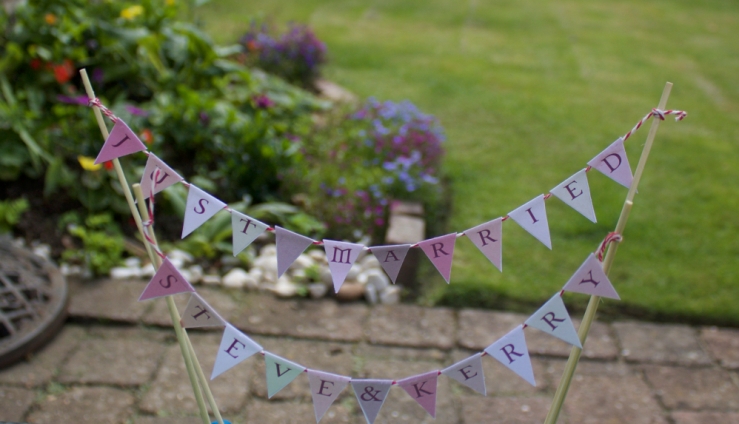 To construct the layers and tiers: