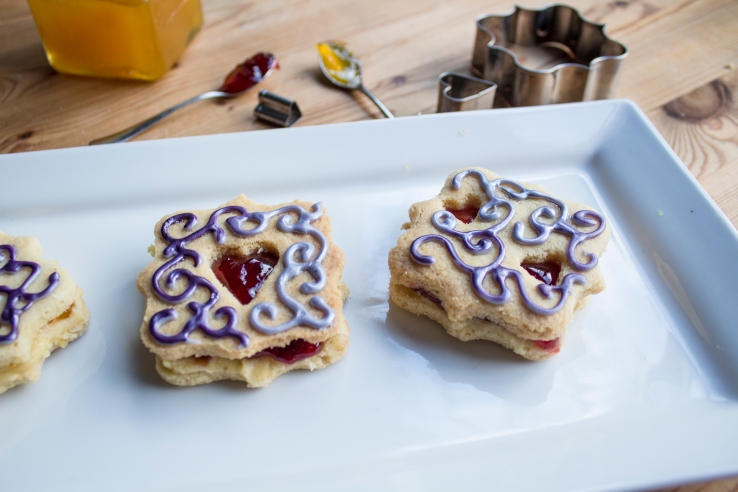 Now – who’s excited about the imminent new series of the Great British Bake Off? Almost everyone involved in the Twitter baking community for a start!

I’ve included some of my illustrations in this recipe to help you make these Souvaroff biscuits.

This year the fab and lovely Baking Nanna and Rob Allen have put together a  #GBBOTwitterBakeAlong baking fest via Twitter to coincide with the series – however as it’s starting a little later than we’d all anticipated we’ve all got a chance to do a little practice for a couple of weeks before the show starts in earnest and we bake along to match that week’s theme in “the tent”.

First up is biscuits.

I am going to try to do a “showstopper” for each of the weeks of the bake-along. I did struggle to decide what to do. Biscuits are one of my strong points, and if you’re familiar with this blog or my Instagram account you’ll know I’ve done some really complex and/or unusual ones in the past. I did think ‘go big’, but actually this week’s been a tad difficult and I had to do a bake that was split into parts; biscuits one time, filling another, piping later on. I didn’t have the ability to spend a few hours at a time.

I decided to do a new and slightly more intricate version of my own strawberry Souvaroff recipe. In the original I actually went and researched the history of the biscuits as well as develop the recipe. It’s the biscuit that inspired the jammy dodger – and actually is far superior. It’s genuinely worth trying to bake a batch.

If you are making your own jams, you will also need:

Ingredients for the pistachio cream

For the rhubarb jam

For the apricot jam 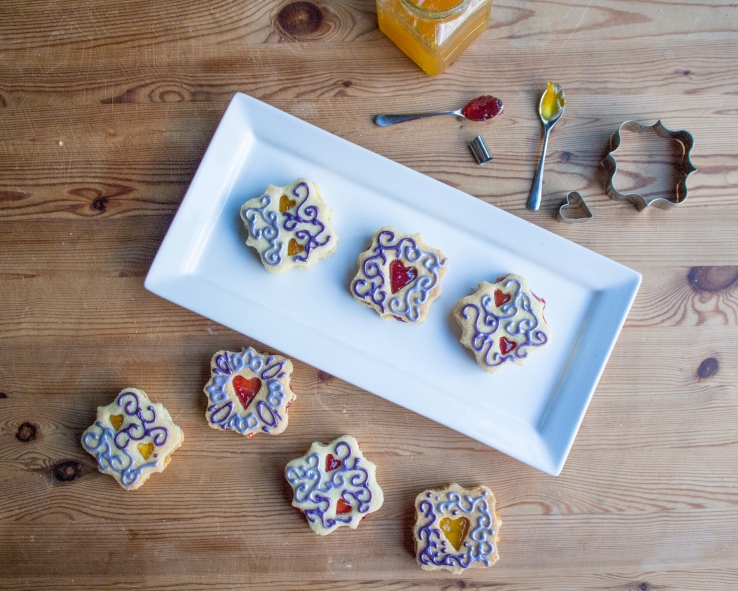