Tapping fingernails on the table and looking wistfully through the window: I wondered what can I do with all those stubbornly-still-green tomatoes left on the vine in the greenhouse (or in the greengrocer’s) at this time of year?

They’re plump, juicy with a shiny skin but are just totally colour-change refuseniks. No matter how sunny your windowsill they just won’t budge their coloration now. You could fry them off or add to casseroles, but they’re a little too tart to eat like a fully scarlet tomato so I’ve turned my glut of green goodies into a gin-soaked unctuous and fruity chutney. Hence the mothers ruin title, and the gin does make it a rather delish yet not-so-ordinary relish.

So, here’s praise to autumn and the excuse for bottling and preserving all of nature’s generosity and a hearty Cheers! to green tomatoes. And that toast is not something you hear everyday when applying a dollop of chutney to a cracker!

Be careful handling the hot jars out when done

NB:  don’t put any rubber seal in the oven; it’ll just melt. Wash these in hand-hot water and leave to dry on a kitchen towel or clean tea towel 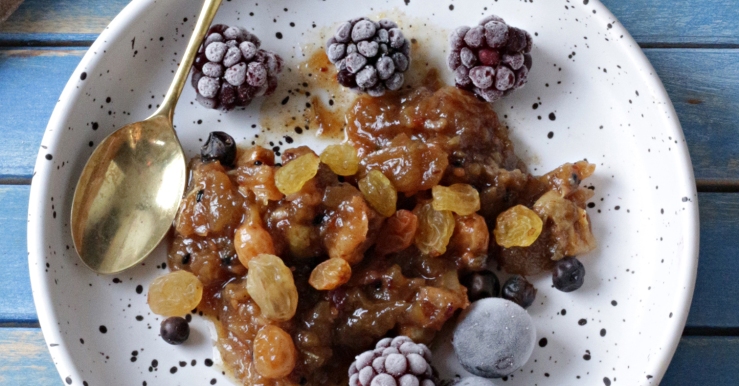